Can anyone beat the Warriors?

Leslie Roda Staff Writer The NBA as of late has been predictable in terms of who is going to make it to the NBA Finals. Last year, there was some uncertainty as to whether the Golden State Warriors and the Cleveland Cavaliers would make the NBA Finals for a fo... END_OF_DOCUMENT_TOKEN_TO_BE_REPLACED 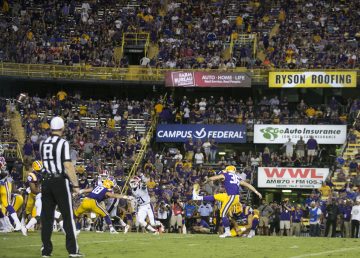 David Pepin Sports Editor Former Assumption football great, placekicker Cole Tracy, has been on fire for Division-I LSU this year, helping to lead them to upset victories against some of the top ranked teams in the country. In his first game he tied a LSU scho... END_OF_DOCUMENT_TOKEN_TO_BE_REPLACED