From sexual misconduct allegations, to cop altercation at AFC championship game. Trey has been in the hot seat a few times. During the Superbowl Trey Songz choked a cop during an altercation, Songz was arrested for allegedly trespassing, resisting arrest, and assaulting a police officer.

While not in the spotlight in a negative way he is truly a gifted singer, songwriter and actor. His debut album, I Gotta Make It, was released in 2005 through Atlantic Records. His follow-up album, Trey Day, spawned his first top 20 single, “Can’t Help but Wait”. Songz introduction collection, I Gotta Make It, was delivered in 2005 through Atlantic Records. His subsequent collection, Trey Day, produced his first top 20 single, “Can’t resist the urge to Wait”. Songz delivered his third collection Ready in 2009 and a single from the collection, “Say Aah” (including Fabolous), crested at No. 9 on the Billboard Hot 100 making it Songz’s first top 10 hit. Prepared was designated for Best Male R&B Vocal Performance at the 2008 Grammy Awards. The next year saw Songz’s most elevated outlining tune to date, “Bottoms Up” (including Nicki Minaj) from his fourth studio collection, Passion, Pain and Pleasure. 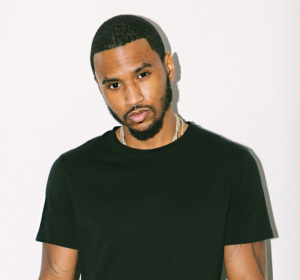 Songz has a tenor vocal reach. His music is by and large R&B, and infrequently shows his capacity to mix with hip-jump while as yet keeping a creation of tunes that summon feelings and change in topics that spin around the enthusiasm for ladies, incitement of club rave-ups which has affected the music business.

While he has seen his share of fame and glory, he still gets nervous and is a very anxious person. The way Trey sees it is, if you stop getting nervous, or you’re too confident that’s when you know something is wrong.

END_OF_DOCUMENT_TOKEN_TO_BE_REPLACED

A Recap of the Football Season

Adam Ide Sports Editor With the Greyhound’s loss on Nov. 19 in the first round of the National Collegiate Athletic Association (NCAA) Division II playoffs, the Assumption football season has come to a close. The loss came at the hands of No. 20 Slippery Rock... END_OF_DOCUMENT_TOKEN_TO_BE_REPLACED

Caleb White, Online Editor Voted league MVP by the Associated Press for the 2011, 2014, 2020 and 2021 NFL seasons, Green Bay Packers quarterback Aaron Rodgers is commonly held to be one of the greatest football players of all time. Maybe even the greatest.  I... END_OF_DOCUMENT_TOKEN_TO_BE_REPLACED